Maximum capacity and efficiency with the lowest enviromental impact. Our range of High Power offer the highest power range on the market with Clausius Strong and Clausius Strong Double, designed to optimize its performance in all types of large-scale buildings. In both categories, the possibility of including an additional desuperheater for the production of high temperature DHW is offered. Discover the technological advances present in this type of equipment. 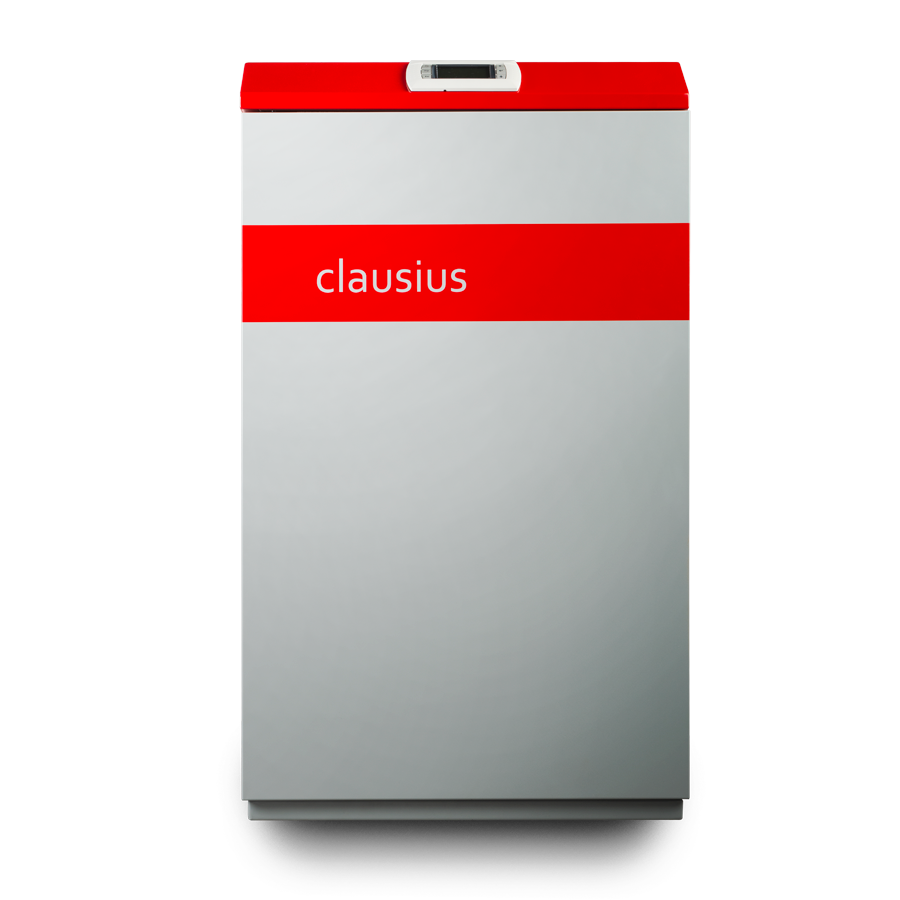 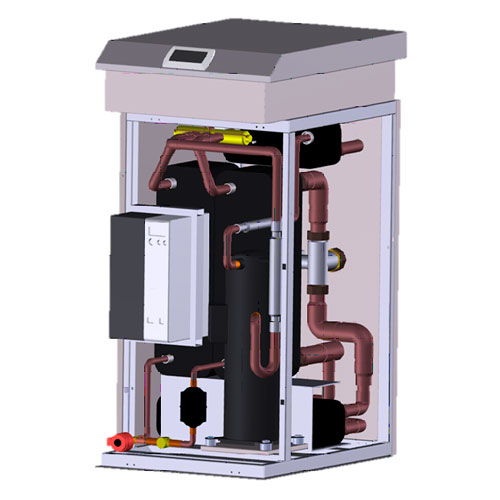 Up to 75 kW with Copeland inverter technology that provides the widest range of regulation on the market.” Clausius Strong heat pumps are easy to install and ensure the best energy efficiency with models that allow the integration of heating, active and passive cooling and desuperheater in a single unit. 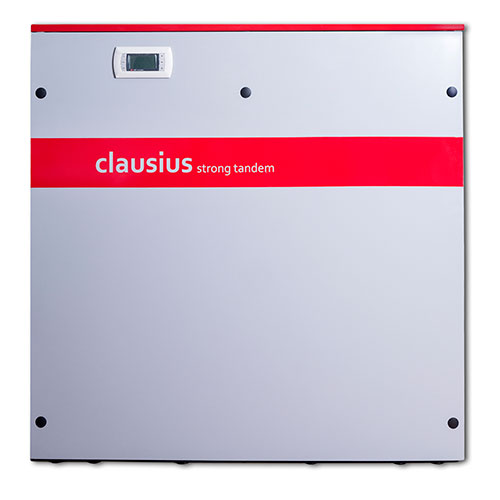 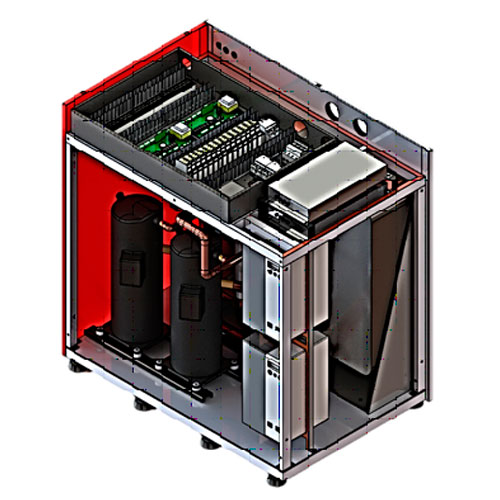 A passive cooling production system can be integrated in all STRONG models. The passive cooling system consists of the heat exchanger and the corresponding 3 way valves in the collection and heating circuits.

The CLAUSIUS STRONG models are the only high-power geothermal heat pumps in the market that can integrate a passive cooling system. 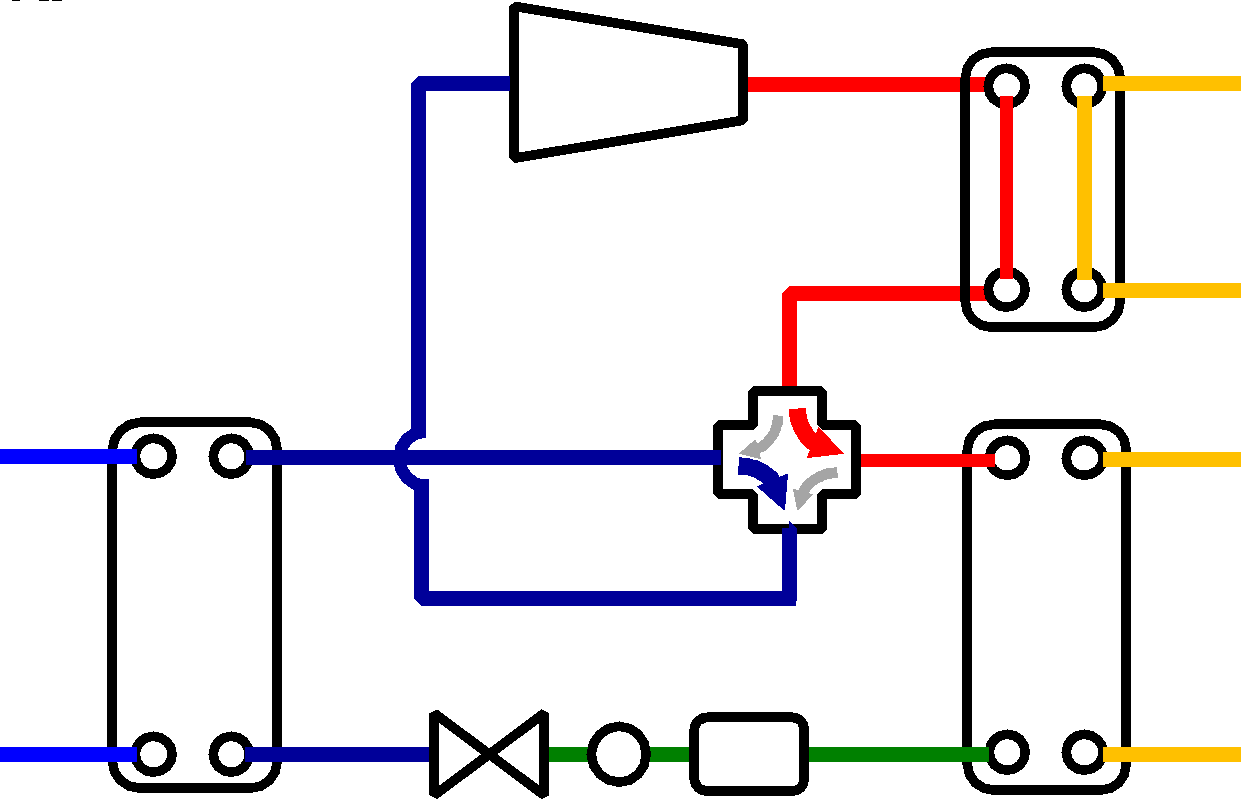 A desuperheater can be integrated in all STRONG and STRONG DOUBLE models. The integration of the desuperheater allows the production of DHW at high temperature, as well as the simultaneous production of heating and DHW or swimming pool and cooling with DHW in the HC DS models.

The control system of the STRONG and STRONG DOUBLE models allows controlling both the circulating pumps of the desuperheater and condenser circuits, as well as the solenoid valves that allow the condenser and desuperheater configurations in series or parallel.

Models with an integrated desuperheater, in addition to allow the simultaneous production of DHW and heating or cooling, when condenser and desuperheater are used in series, cause an increase in the efficiency of the heat pump.